As 2022 draws to a close we take a look at some of the key Employment Tribunal decisions from this year, as well as what to look out for in 2023.

In White v HC-One Oval Ltd, the Employment Appeal Tribunal (EAT) confirmed that an employee who volunteers for redundancy may still bring an unfair dismissal claim in the Employment Tribunal.

The EAT re-confirmed that an employee who volunteers for redundancy is not resigning but is simply agreeing to being dismissed for redundancy.  They therefore are accustomed the same rights to bring a claim for unfair dismissal as an employee being made redundant involuntarily and a tribunal will examine whether the redundancy process was fair.

What implications does this have practically?

Essentially, employers must therefore ensure they treat requests for voluntary redundancy carefully and ensure they follow a fair process even when the employee has volunteered. Advancing an argument of no prospects of success in these situations is very unlikely to be accepted by an Employment Tribunal and you will need to demonstrate fairness.

Singh v Metroline West reminded us that an employer’s actions do not need to indicate an intention to end the employment relationship to amount to a fundamental breach of contract.

What did the employer do to amount to a fundamental breach of contract?

The claimant was denied company sick pay in circumstances where the employer was suspicious that their absence was to avoid disciplinary proceedings. However, the employer did not carry out any investigation to establish whether its suspicions were well-founded.

In R Sunderland v Superdry Plc, Ms Sunderland was employed by Superdry as a knitwear designer in her 50’s.  She brought claims for constructive unfair dismissal and direct age discrimination.

Ms Sunderland argued that eight of her colleagues (seven of whom were younger than her) had been promoted to or hired into ‘senior’/‘lead’ designer roles ahead of her, despite her positive performance reviews.  During a performance assessment process, Superdry had referred to the claimant as a “low flight risk” (they considered her unlikely to leave the company) but if she had left, their view was that the impact on the business would be “medium”.

The Tribunal held that the claimant had not been given a sufficient explanation as to why she was not promoted and that the reference to “flight risk” was likely to disadvantage older people.  This aspect of the performance assessment was “based on nothing more than managerial conjecture”.  The promotion criteria applied were flawed, undefined and vague.  As a result, Superdry was found to have directly discriminated on the basis of age and the Claimant was awarded approximately £96,209 in financial losses, basic award, injury to feelings and interest.

What does this case indicate for employers?

Employers should be careful to adopt clear and objective performance criteria in relation to appraisals and promotion decisions.  Any feedback should be prompt and constructive, with a plan for improvement.  Always keep a detailed paper trail supporting your decision-making in case a claim is brought against you by an employee.

The Advertising Standards Authority (ASA) upheld a complaint brought against an employer's job advertisements offering "flexible working patterns". The advertisements stated “Flexible Shift Patterns Available”, “Flexible shifts – whether you’re looking for a couple of shifts a week in the Evening or Evening care work on the weekends, we can offer you shifts so you can work whenever it suits you”.  An applicant was offered the job of care assistant but was later told they were in fact not free to choose their shifts.  They complained that the statements referring to flexible working in the advert were misleading.  The ASA agreed.

Remember that employment marketing communications must not misrepresent the working conditions on offer.  It is important that job advertisements accurately reflect any flexible working patterns on offer and employers must give careful consideration to the wording they use, ensuring that the role is able to offer what is being advertised.

In Harpur Trust v Brazel, the Supreme Court looked at how to calculate holiday pay for workers who work for part of the year on permanent contracts and have periods of time off in between, e.g. teachers, or those on zero hours contracts. The Supreme Court decided that a holiday pay calculation based on 12.07% of annual earnings is not the right approach.

The Court decided that the correct method for calculating the weekly pay for a part-year worker is as an average of the most recent 12 weeks’ earnings, ignoring any weeks where earnings were zero.  As of April 2020, this has been increased to 52 weeks.

What does this mean in practice?

This decision has been significant and made some substantial changes to the calculation of holiday pay for part-year workers. We will be exploring the issues and practical implications arising from this decision in an upcoming newsletter.

If you require further information about any of the issues in this newsletter, please get in touch with your usual 3CS contact. 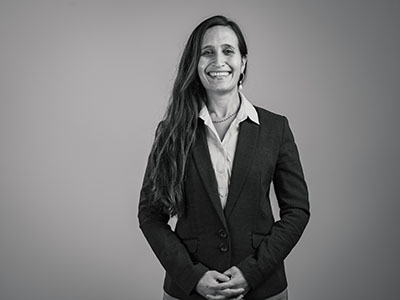