What Government support is being offered?

The Government announced on Friday that it would be implementing measures to assist staff and their employers with wage costs to ensure that businesses can continue to employ as many of their workforce as possible, through a coronavirus job retention scheme. This will involve employees being ‘furloughed’ whereby they remain as employees but are not permitted to carry out any work for their employer during a temporary period of absence. ‘Furlough’ means a leave of absence or vacation, or temporary layoff from work. The word is not, however, recognised in employment law legislation.

What funding is provided by the scheme?

The Government has stated that it will pay 80% of employees’ pay up to £2,500 per month in the form of a grant, and that this will be backdated to 01 March 2020. The time frame for the furlough payment period at present is 3 months, after which time the need for payments will be reviewed. The employer does not have to pay more than the maximum £2,500 per month.

Which businesses and employees are covered?

All UK businesses are eligible and would ‘submit information to HMRC about the employees that have been furloughed and their earnings through a new online portal (HMRC will set out further details on the information required)’.The furloughed employees would stay on the payroll but must not carry out any work for the employer.

It would appear that the funding is targeted at supporting businesses that have had to or are thinking of askingemployees to take a period of furlough, as the former have not been ruled out of the scheme. However, full details on how businesses should apply and the specifics of which employees will qualify are yet to be announced.

What is the legal position on furlough?

Step one therefore is to review the Company’s financial position and its likely demand for staff over the coming three months and to identify employees who it may need to call upon to take a period of furlough. The Company will also need to determine whether it will be able to/wishes to top-up the Government funded 80% salary to afford employees their usual rate of pay. If not, then this will involve a unilateral change to the terms and conditions of those affected, and advice should be sought on the employment law implications for enacting such a change.

Step two will be to ascertain the contractual position in respect of periods of (partly or fully) paid leave. The company may have a lay-off clause in its contracts which may provide some assistance, or may be obliged to consult with its staff if salaries of furloughed staff are not being maintained in full. As this is a new concept in UK employment law, there is no legislation currently in place to cover the consultation obligations of employers who wish to impose furlough, and no guidance as yet from the Government as to the procedure to adopt. For the time being, employers should take advice on the contractual position and also on best practice in collective and individual consultation under the current TUPE and TULRCA regulations, and ways in which any risks may be mitigated.

Step three will be to inform those employees who cannot perform work for the company during this period, and who are therefore provisionally designated employees, that the Company is therefore adopting a period of furlough in respect of their employment. Depending on the contractual position and clarification from the Government, a degree of consultation may be required/advisable to obtain agreement to the furlough period.

What don’t we know?

While broadly welcomed, the newly announced scheme raises perhaps as many questions as it does answers. We know in outline what will be paid, but not the full circumstances under which businesses and employees will be covered by the grants, and when and how the monies will be made available. For example, it is our understanding at this point that the scheme still requires employers to pay over their PAYE/NIC liabilities on time and in full. HMRC is expected to publish further guidance shortly. Key issues still to be resolved on the employment law front are as follows:

(i)  Whether a worker’s earnings include bonuses/overtime/commissions for the purposes of the £2,500 or whether the 80% support is to be restricted to basic pay.

(ii)  Whether employers can apply for grants to cover wages for employees that were laid off from 01 March to date, and how this would work in practice. Employers may now need to contact staff to introduce a period of part or full paid furlough rather than the previously imposed part or zero paid lay-off, which would itself have created employment law risks.

(iii)  Whether furloughed employees who may benefit from the 80% guaranteed/maximum £2,500 payment are permitted to work for another employer during the furlough period in order to supplement their earnings. From a legal perspective, this would usually be governed by the terms of the employment contract and the scope for additional work permitted therein, however, an employee with a shortfall in pay who has furlough imposed upon them may have grounds to challenge that. Equally, the Government may place restrictions on working for alternative employers while on furlough.

(iv)  Whether the scheme is only aimed at those employees that are demonstrably unable to work from home – for example workers at a restaurant that has been forced to close. We believe not, and employers should take advice on how to select those employees who they wish to place on furlough, in order that they mitigate the risk of employment law claims that may result from that selection process.

These are extraordinary times, and the Government has introduced funding to a degree that has never previously been contemplated or attempted. All businesses should now consider how and to what degree these measures can assist them, and how best to both retain and support their staff, while accommodating and mitigating the financial impact of the seismic changes we are witnessing in the marketplace. 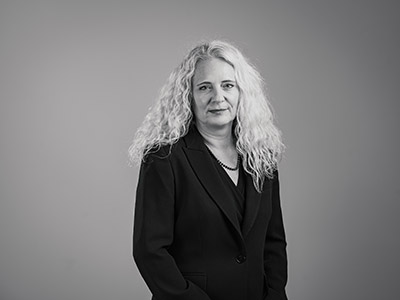