What is this case about?

This case is about arrears that accumulated between June 2020 and July 2021 (“Covid restriction period”), when there were partial cinema closures. When £2.9 million in rent arrears and service charge payments went unpaid, the Landlord decided to take legal action. This case began prior to the mandatory arbitration scheme, introduced via the Commercial Rent (Coronavirus) Act 2022 (the Act) in respect of certain “protected rent arrears” being rent arrears accumulated in respect of premises that were subject to mandatory closure orders during the  Covid restriction period.

Why was the initial judgment significant?

Initially at High Court, a judgment was rendered in favour of the Landlord, which established a precedent on which many landlords relied in pursuing Covid arrears through the courts, by obtaining a money judgment rather than more common enforcement mechanisms for commercial leases, such as forfeiture or CRAR, which were not permitted at the time. CRAR (Commercial Rent Arrears Recovery) is a statutory procedure that allows landlords of commercial premises to recover rent arrears by taking control of the tenant's goods and selling them).

On what grounds did the tenant appeal?

Following the High Court decision, the tenants were granted permission to appeal to the Court of Appeal. The tenant made three main points in its appeal:

What was the Appeal Court’s decision?

Following the granting of leave to appeal, the Court of Appeal reaffirmed the High Court's decision and rejected the appeal on all three counts. On the first ground, it rejected the tenant’s argument that its obligation to pay rent was based purely on the assumption that the property could lawfully be used as a cinema and that the payment of rent in  in circumstances where the property was subject to mandatory closure restrictions, or was incapable of commercial use during the COVID restriction period, led to “undue enrichment” of the Landlord, and a failure of the contract during such closures.

Such an argument was inconsistent, they said, with the express terms of the lease, taking into account particularly the Landlord’s express exclusion of any warranty for lawful use.  In this case, the lease had clearly allocated the risk for such matters against the tenant.

On the second ground, the Court made it clear that the established position for a term to be implied into a contract, is that it must be so obvious that it goes without saying and must be necessary to give effect to the contract.  The Court would not step in to amend the expressly written terms of a lease agreed between commercial parties unless this strict test was met. The Court held that it was not met in this case, on the basis that the lease had clearly allocated risk between the parties, and the lease was granted not fundamentally for the purpose of the permitted use, but for an agreed term of years.

The Court dismissed the third ground of appeal quickly and agreed with the Master at the first instance. The rent cessation clause only applied to physical damage or destruction notwithstanding that the policy had covered pandemic risk and that the insurance premiums were actually paid for by the tenant under the lease.  The Court took the strict view that the Property had not been damaged by the pandemic.  Damage, therefore, meant physical damage.  Furthermore, the insurance did not cover rent loss if the tenant chose not to pay as in this case (rather, only where the tenant is legally not obliged to pay where the pandemic risk actually occurred). The Court held that it had clearly been open to the tenant to independently insure against its allocated risk in this lease and it could not seek to avoid that risk by seeking to re-write the terms of the contract.

What are the implications for tenants facing Covid rent arrears claims?

There have only been three published awards under the Act at the time of writing and the effective date for submitting applications has now passed (see Note below).  Therefore, given the Court of Appeal's recent decision, tenants need to consider carefully the terms of their leases where arrears remain outstanding, their own insurance remedies and in future cases, seek advice on the allocation of risk by reference to their lease.  Where a payment plan has not been agreed in respect of existing arrears, and a tenant is not awaiting a decision within the arbitration procedure under the Act, tenants may place themselves at risk of CRAR or forfeiture in respect of their leases when the COVID moratorium against enforcement against protected rents expires on 24th September 2022 under the Act, if rent arrears remain outstanding on that date.

How 3CS can help

While this decision clearly favours commercial landlords, it also emphasises the importance of a well-drafted and comprehensive lease. To avoid future confusion, many landlords and tenants are now insisting on pandemic protection and force majeure clauses in their leases although ultimately the commercial lease market will determine whether such clauses will be accepted. In their absence, a tenant should clearly understand and insure against its allocated risk position and factor in the cost of doing so over a lease term.

For legal help and advice with leases or any commercial or residential property matter, please get in touch with your usual 3CS contact.

Note: The current deadline for referrals to the arbitration scheme is September 24, 2022. (Although, given the notice requirements in the Act, the process must have been initiated by27 August 2022 at the latest). 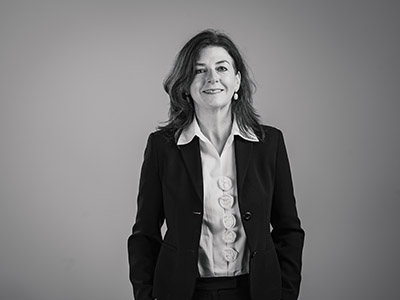